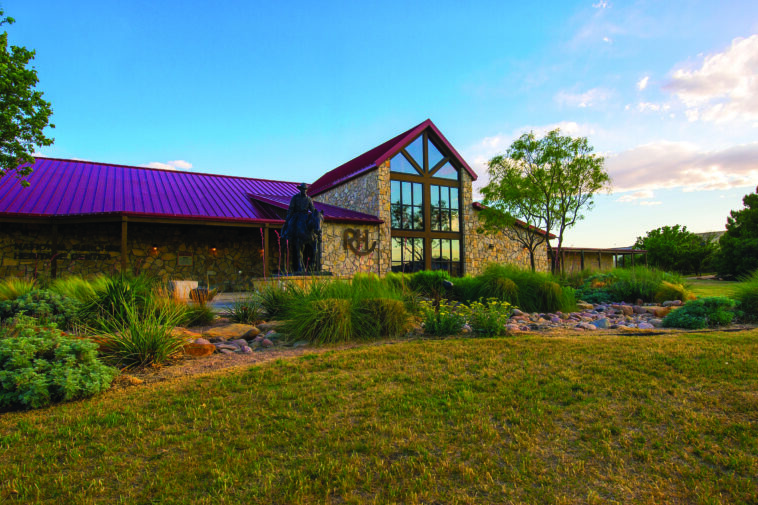 Cattle and critters of the night were wandering through the old 1886 XIT division headquarters when the National Ranching Heritage Center came to dismantle it stone by stone—not to destroy it, but to preserve it.

The limestone structure had been home to a family, a place for cowboys to eat and sleep, an office for the ranch manager and a part of ranch history bursting onto the scene in the westward movement. Less than 100 years later the punishing Texas sun and the curse of time had made it forgotten to all but the night critters. 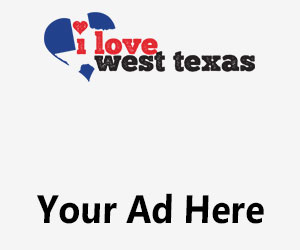 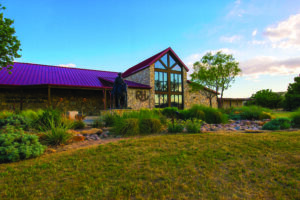 “That’s the problem,” said Jim Bret Campbell, executive director of the National Ranching Heritage Center at Texas Tech University in Lubbock. “People forget. Without a storyteller, history doesn’t exist. The story gets lost in time as if it never happened.”

Thousands of years ago the shaman sat around the fire telling the history of the tribe in stories and perpetuating the beliefs, values, triumphs and tragedies. “Like the shaman, we help tell the ranching story to every new generation at our fireplace,” he said. “We help preserve the values, integrity and character that have always been part of ranch life.”

Ranching and the westward movement of America share the same chapter in the history books. Together they tell the story of families who moved out of their dugouts and log cabins to build houses, schools, churches and cities that millions now call “home.”

During five decades of growth, the NRHC has developed a 27-acre museum and historical park with more than 50 historic ranching structures representing the birth, growth and maturity of ranching in North America. The 44,000-square-foot museum has seven galleries featuring permanent and temporary exhibits of Western art, photography and artifacts.

The concept of a center to preserve and interpret the history of ranching began in 1966 when Texas Tech President Grover E. Murray was inspired by a visit to an outdoor museum in Norway. The NRHC founders knew they had the opportunity to bring together historic structures for an outdoor museum that would represent the region west of the Mississippi River in a way similar to how Colonial Williamsburg represents the nation’s history east of the Mississippi. 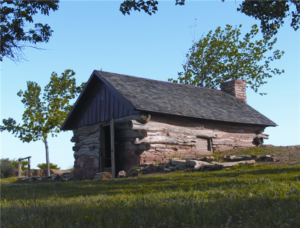 “The core concept was that dozens of structures spanning the decades since the genesis of ranching would preserve the history of ranching through restoring and preserving its architecture,” Campbell said.

With every new decade, the cattle industry was losing important visual elements of ranching history. Members of the original planning committee in the 1960s began traveling across ranch country seeking noteworthy ranch headquarters buildings, modest dwellings and rustic outbuildings in a wide range of architectural styles and from a variety of geographic locations.

Throughout the identification process, many ranchers were willing to repair the buildings and pay for the move themselves because they believed so passionately in the concept of a ranching heritage center. 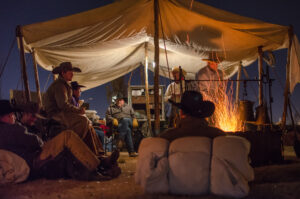 As ranchers became more prosperous, Campbell said they generally moved to town and the architectural cycle on the ranch seemed to freeze in time. From windmills to a one-room schoolhouse, a blacksmith shop to barns and bunkhouse, the restored structures are thriving on admiration their owners never dreamed they would deserve.

Campbell is quick to point out that the historical park is more than buildings. It is the people who made lives in the structures and created stories, legends and history in the process. 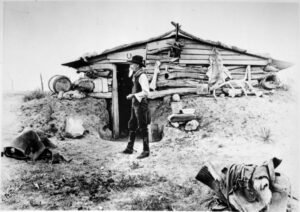 The restored XIT division headquarters is a good example. Moved stone by stone from Deaf Smith County, Texas, the structure was reassembled in Lubbock, dedicated in 1977 and furnished as it was in 1893 to 1904 when Ira Aten was the foreman.

A former Texas Ranger and sheriff of Castro County, Texas, Aten was hired to stop the cattle rustling that was rampant along the New Mexico-Texas line. The situation was so bad that Aten painted all the windows of his bedroom dark green so a cattle rustler’s bullet would never find him. Today the windows are still dark green.

In 1880—eight years before the XIT headquarters was built—almost everyone on the Southern Great Plains lived in dugouts. The vast rangeland offered no shelter other than a hole in the ground and roofs covered by hides, sod or thatch spread across poles.

For the first time in the history of North American settlement, the population had spread into grasslands where ample supplies of lumber were beyond reach. The settler who headed for a new life in the West had to use materials at hand to construct a shelter. Charles Goodnight, the first rancher to arrive on the Southern Great Plains, made his home in a half-dugout at the bottom of Palo Duro Canyon in 1876.

The Matador Half-Dugout at the NRHC is an example of that era. It was built in 1888 and still carries bullet holes in its cottonwood logs. When cowboys lit the first fire of winter, they would stand with six-shooters in their hands and kill the rattlesnakes forced out of the fireplace by the heat. Traded to the Matador Ranch in 1920 by its original owner, the half-dugout was used as a line camp and sometimes had as many as nine cowboys share the space.

The end of the Indian Wars in 1875 made it possible for cattlemen to ranch on the Southern Great Plains, but the windmill made it possible to stay. When windmills were introduced into arid country, settlement began to occur, ranching and agriculture began to prosper, and the railroad steam engine brought the outside world to the rural West.

Steam engines required water, and railroad depots with windmills began to dot the rural western landscape. Communities grew around the depots, and the distance shortened between neighbors. Cattlemen began to load their cattle on cattle cars closer to home rather than continue the long drives to distant railheads. 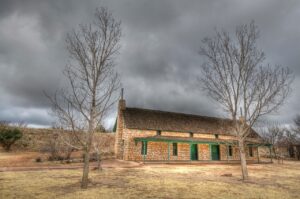 Although the NRHC has seven windmills of varying types in recognition of this westward development, the eighth and newest addition is a massive Eclipse windmill with a 22.5-foot wheel. The new Canon Ranch Railroad Eclipse Windmill was built in 1898 near Sheffield, Texas. It is the third largest windmill made by the Eclipse Company and is listed on the National Register of Historic Places.

With the extension of railroad lines into the grasslands, the architectural landscape of the West began to change. The sod house frontier came to an end as settlers on the Great Plains—especially women—longed for the comfort and status of a frame house. Few things changed the architectural look of the interior West more than a frame house, a sound barn and a windmill—all made possible by lumber brought by rail and all represented in the NRHC historic park.

The structures at the NRHC have been arranged chronologically to exhibit the evolution of ranch life from the late 1700s through the 1950s. All the structures but one were relocated, restored, and furnished for period correctness. A 1.5-mile paved pathway provides wheelchair and stroller access to each structure. Posted signs give a history of the structures in both English and Spanish.

Designed to commemorate the open-range era in the West, the NRHC entrance dramatically features 19 life-size rangy bronzes of Longhorn steers that were cast in a variety of poses before being strung out to resemble a walking herd. Each steer weighs 750 pounds and carries the brand of its donor. The brands represent some of the most historic ranches in Texas.

The moment a visitor drives past the walking herd and stops to see why 19 Longhorn steers are on the front lawn is the moment when the epic story of ranching and the nation’s westward expansion begins to unfold for a new generation. 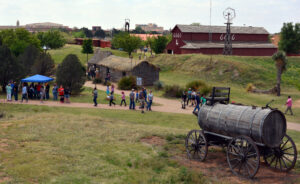