Many think that oil was discovered in Hutchinson County in 1926, but the Panhandle/Borger oil field actually got its start several years earlier.

During Teddy Roosevelt’s presidency, from 1903-1905, the United States Geological Survey’s Hydrographic Branch commissioned Charles Newton Gould, a geology professor at the University of Oklahoma, to investigate and map
the geology and underground water resources west of Indian Territory and east of the Rocky Mountains. His task included locating and documenting the water sources of the Canadian River drainage area in Texas.

Years later, when asked by Amarillo businessmen about any possible petroleum drilling sites in the Panhandle Gould recalled the anticlines, or domes he had surveyed along the Canadian, particularly the John Ray dome. His reports led to the drilling of the Panhandle’s first gas well on Robert B. Masterson’s ranch, atop the John Ray dome in Moore County, in 1918.

In 1920, Gould set the location for Gulf Burnett No. 2 on Samuel Burk Burnett’s ranch in northwestern Carson County, just south of where the new city of Borger would soon be founded. This effort resulted in the Panhandle’s first successful oil well. In 1921, Gulf Oil Corp. went north of the Canadian River in Hutchinson County and drilled on the Dial Ranch. The Dial #1 is the second oil well in the Panhandle and the first oil well in Hutchinson County.

Missouri businessman and entrepreneur Asa P. “Ace” Borger’s sister Wilma was married to a Gulf Oil Corp. foreman working on the 6666 Ranch. She telegraphed Ace that “something big” was happening in Texas. Ace came to see for himself and quickly purchased 240 acres from rancher J. F. Weatherly for $6,000.

On March 8, 1926, Ace began selling lots in his new town. He made $100,000.00 that day. He sold out within 6 months with gross sales of over $1,000,000. Within 90 days – tin, wood, and brick structures were up. Ace Borger opened lumber and brick yard businesses which made him wealthy. Borger’s new town had a difficult birth with corruption, crime, liquor, prostitution and drugs – but after two visits by the Texas Rangers and the Texas Army National Guard, the town settled down and began to prosper.

Just 6 years later, on August 31, 1931 Ace Borger was murdered by Tax Assessor/Collector Arthur Huey. Huey had been instructed by the County Commissioners Court to put the county’s money in a bank in Amarillo. Instead, he put the money in Ace Borger’s bank, which soon became insolvent. Huey was under indictment for fraud and misappropriation of county funds when he encountered Borger in the local Post Office. A fight ensued and Huey shot Borger. Ace’s murder was ruled self defense.

Ace Borger was a visionary man who saw his dreams come true, only to meet his fate at the hand of a former associate, but his town still exists today, 94 years later, a testament to his drive and entrepreneurial ability. 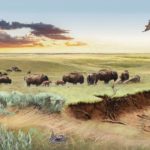